You are here: Home / Pain Relief / Is chronic fatigue syndrome an inflammatory disease?

Chronic fatigue syndrome, or myalgic encephalomyelitis, has been controversial for years, as specialists have not been able to glean much of an insight into its causes. Now, a new study suggests that the condition is an inflammatory disease.

Chronic fatigue syndrome (CFS), sometimes known as myalgic encephalomyelitis (ME), is a condition that has been puzzling specialists for years, many of whom have been struggling to identify its causes and devise an appropriate treatment. Some, however, have denied CFS/ME’s legitimacy due to wide-ranging symptoms that make it hard to diagnose.

Characterized by often debilitating fatigue, and sometimes accompanied by pain and difficulties in retaining focus, CFS/ME affects between 836,000 and 2.5 million people in the United States, according to the Centers for Disease Control and Prevention (CDC).

The CDC also estimate that approximately 90 percent of CFS/ME cases remain undiagnosed, partly due to a lack of proper understanding of the condition on the part of many healthcare professionals.

Research on the causes of CFS/ME and potential means of tackling the symptoms is ongoing, and specialists are constantly striving to uncover more information.

A new study from the Stanford University School of Medicine in California has now linked CFS/ME to cytokines – or molecules with a role in cell signaling – involved in the system’s immune response, reacting to infections and inflammation.

Lead study author Dr. Jose Montoya and his colleagues published their findings yesterday, in the Proceedings of the National Academy of Sciences, and they suggest that that the concentration of cytokines in the bloodstream is relevant to the acuteness of CFS/ME symptoms.

The study found that variations in 17 cytokines are connected with the severity of CFS/ME in patients, suggesting that the condition is essentially an inflammatory disease.

“There’s been a great deal of controversy and confusion surrounding ME/CFS – even whether it is an actual disease. Our findings show clearly that it’s an inflammatory disease and provide a solid basis for a diagnostic blood test.”

Some CFS/ME patients also exhibit symptoms that are reminiscent of flu or other diseases that are associated with inflammation. Such symptoms might include a sore throat, sensitive lymph nodes, and night sweats, but also muscle pain, digestive issues, and “brain fog,” which is the inability to think clearly or retain focus.

Since there is no known cure for the condition, treatment normally targets the symptoms. Patients displaying signs of inflammation are often administered antivirals, anti-inflammatory drugs, or medicines that stimulate the immune system.

These, the researchers say, are sometimes – but not consistently – effective in improving the symptoms, but no infectious agent has yet been singled out as the cause. Nevertheless, the occasional results yielded by symptomatic treatment convinced Dr. Montoya to look into the relevance of inflammation to CFS/ME.

Is ‘analysis by disease severity’ promising?

At the Human Immune Monitoring Center at Stanford’s Institute for Immunity, Transplantation and Infection, Dr. Montoya and his colleagues examined blood samples collected from 192 CFS/ME patients and 392 participants who had no CFS/ME diagnosis, or the control group.

All of the participants were aged 50 on average, and the diagnosed patients had lived with their symptoms for more than 10 years on average. The study took into account the severity of the patients’ condition, as well as how long they had been living with it. 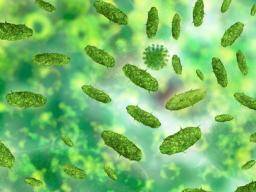 Dr. Montoya explains that these results may indicate different levels of genetic predisposition to the disease – in its milder versus acute forms – in the participants.

“[I]t’s possible that for certain pathologies in humans, analysis by disease severity or duration would be likely to provide further insights,” he suggests.

All the other 49 cytokines – out of the 51 the researchers assessed – did not have different levels in participants from either group.

At the same time, the researchers noted that the levels of 17 of the cytokines they measured were linked to the degree of severity of CFS/ME. Of these, 13 stimulate inflammation.

Although transforming growth factor-beta is normally labelled as anti-inflammatory, it can also support inflammation in certain contexts, as in the case of some cancers.

Since people diagnosed with CFS/ME are at higher risk of developing lymphoma, which is a cancer of the lymphatic system, Dr. Montoya suggests that there may be a link between this and the high concentration of transforming growth factor-beta in patients’ bloodstreams.

Another pro-inflammatory cytokine correlated with severe CFS/ME was leptin, which also plays an important role in creating a feeling of satiety, “telling” us when we should stop eating.

The researchers note that women tend to have higher leptin levels in their blood than men, which might explain why more women are diagnosed with CFS/ME.

Dr. Montoya and his colleagues express their hope that their study will pave the way toward more informed research into what causes the condition, and, in the long run, might allow specialists to devise more effective CFS/ME treatments. SOURCE

Every day, we help our clients in their battles with inflammation and fatigue.  Reach out to us with one of the options below, so we can help you or your loved one feel better, faster!

For more information, click on the name of the area where you are experiencing pain. Head/Neck Jaw Back Shoulder Elbow Hand/Wrist Hip/Thigh Hip/Knee Shin/Calf Ankle/Foot * PLEASE NOTE: … END_OF_DOCUMENT_TOKEN_TO_BE_REPLACED

Team Valeo Physical Therapy Here at Valeo Physical Therapy, our fun and energetic team is dedicated to creating and providing a comfortable and caring environment for your physical therapy journey. Our mission is to provide compassionate, personalized, and revolutionary treatments that help our patients regain function by … END_OF_DOCUMENT_TOKEN_TO_BE_REPLACED